MP for Leeds West and Author, Rachel Reeves visited the City of Stoke on Trent Sixth Form College to talk about her latest book “Women of Westminster”. As part of Stoke Literary Festival held at Emma Bridgewater, Rachel Reeves was in the City promoting her new book and enlightening members of the public with her first hand experiences in Parliament, and the general view of women in politics.

Despite her busy schedule, Rachel Reeves made the time to come in especially to the Sixth Form to give college students a unique insight into her career as well as discussing the impact of both past and present leading female figures in the fight for gender equality.

Reeves latest book celebrates “the remarkable achievements of political pioneers from the earliest suffrage campaigns, to Barbara Castle’s fight for equal pay, to Harriet Harman’s recent legislation on the gender pay gap. Rachel also examines why it is that, despite Britain having now had two female Prime Ministers and women MPs having made significant strides in the fight for gender equality, the stories of many of the Women of Westminster have too often been overlooked in political histories.”

History students from the Sixth Form College will also be attending the Stoke Literary Festival on Friday 7th June 2019 to attend the bestselling and award winning author Andrew Roberts talking about his landmark biography, “Winston Churchill” which is based on “extensive new material including transcripts of War Cabinet meetings, diaries, letters and unpublished memoirs from Churchill’s contemporaries, that reveals the true genius of the man, statesman and leader.”
You can find out more about what is going on at Stoke Literary Festival here 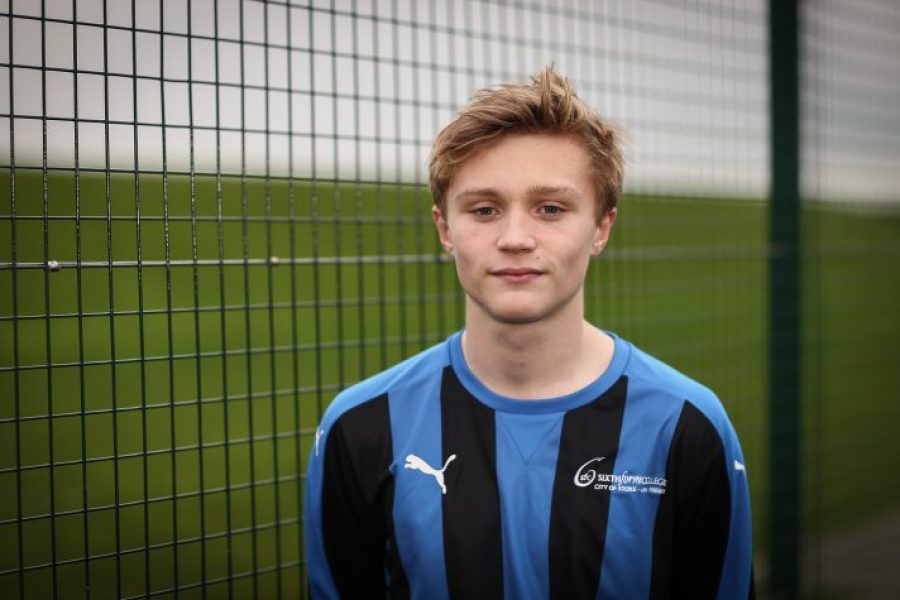 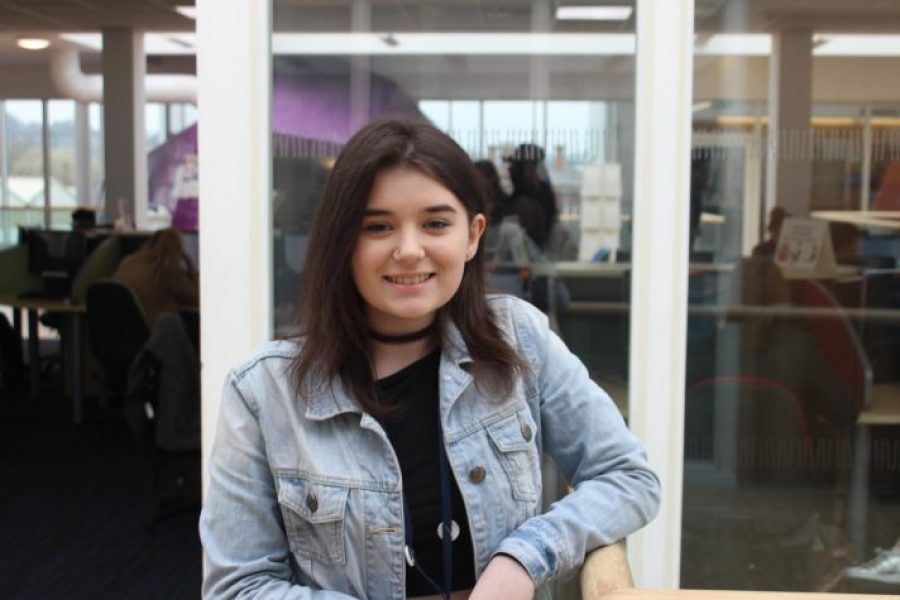 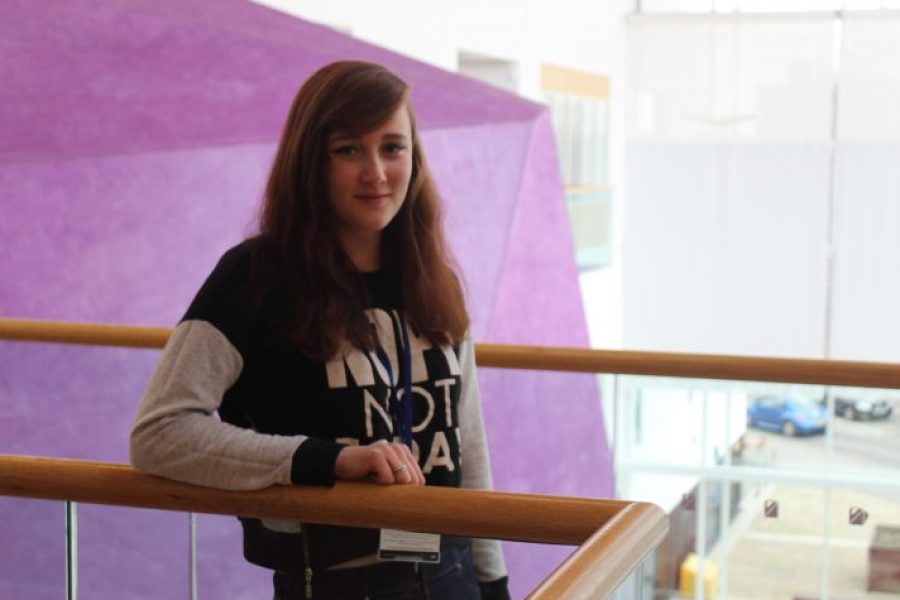 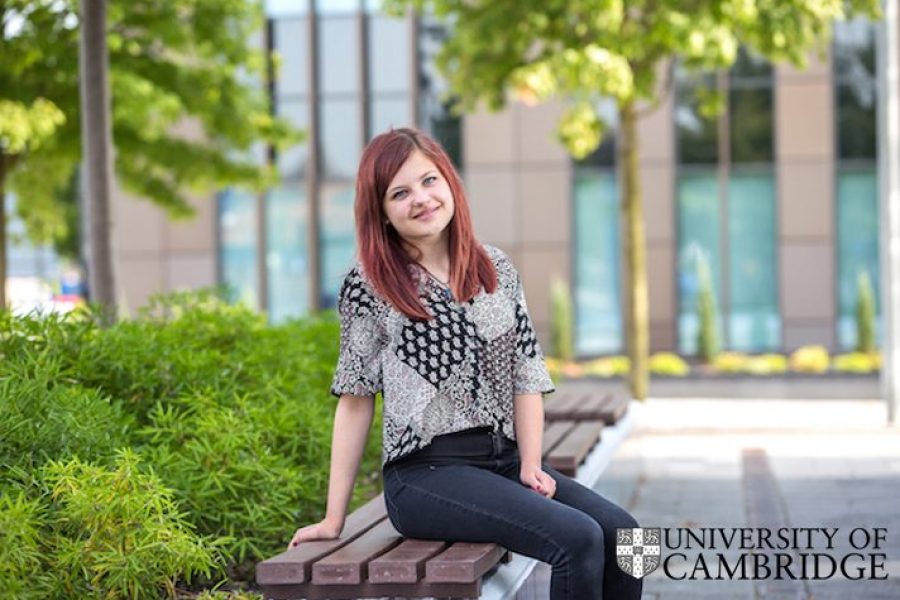 I am very proud of my results. In each of my subjects I achieved an A*, which was enough to secure my place at Cambridge University, to study Natural Sciences. Studying at Cambridge has been an aspiration of mine for a long time and the Sixth Form College has helped to make this a reality. I am grateful to the College and my teachers for all their support, enthusiasm and commitment. 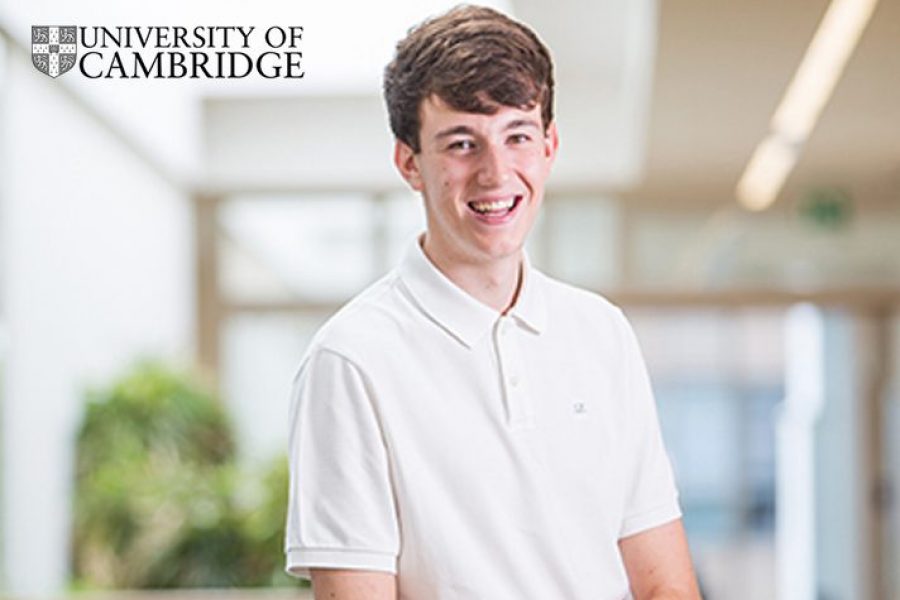 After discussing my aspiration to become a doctor with my teachers and Progress Coach, the College has given me loads of really helpful support. I’ve had mock university interviews, advice on writing my personal statement and I’ve taken part in a lot of work experience. During my placement at the Royal Stoke University Hospital I had the opportunity to interact with specialist medical equipment and watched live surgery taking place. I achieved an A* and three As in my results this year and am excited to begin studying Medicine at Nottingham University.

I’d not considered studying at Cambridge University until my Economics teacher encouraged me to explore my full potential. The College arranged for me to go to St Catherine’s College Cambridge to have an interview and stay overnight. I didn’t think that I had a chance of being accepted at such a prestigious institution, but thanks in large part to the commitment, expertise and enthusiasm of College staff I was offered a place. I achieved two A*s and two As in my A Level results, exceeding the conditions of my offer to study at Cambridge and my own expectations. 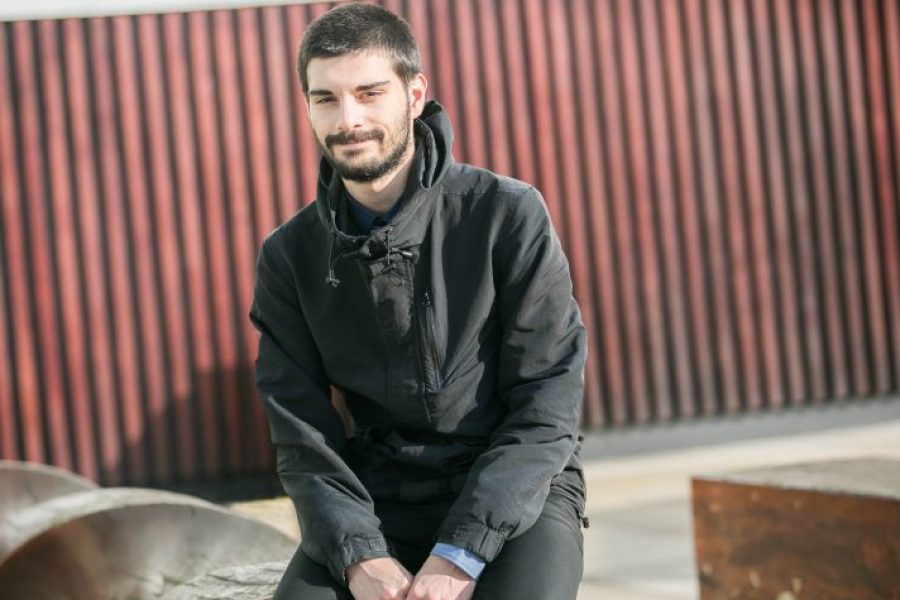 Unfortunately, last year James was extremely unwell and was unable to attend College, though he continued to complete work at home and was keen to restart again this year. Despite continuing health problems, James recently achieved 100% in his Accounting mock exam, and, overall in his mocks, secured two grade As and a B.

James is a mentor, supporting other students with their studies, he recently wrote an exam paper for an assessment, including the mark scheme. It has been a pleasure getting to know James and his determination to succeed is admirable. 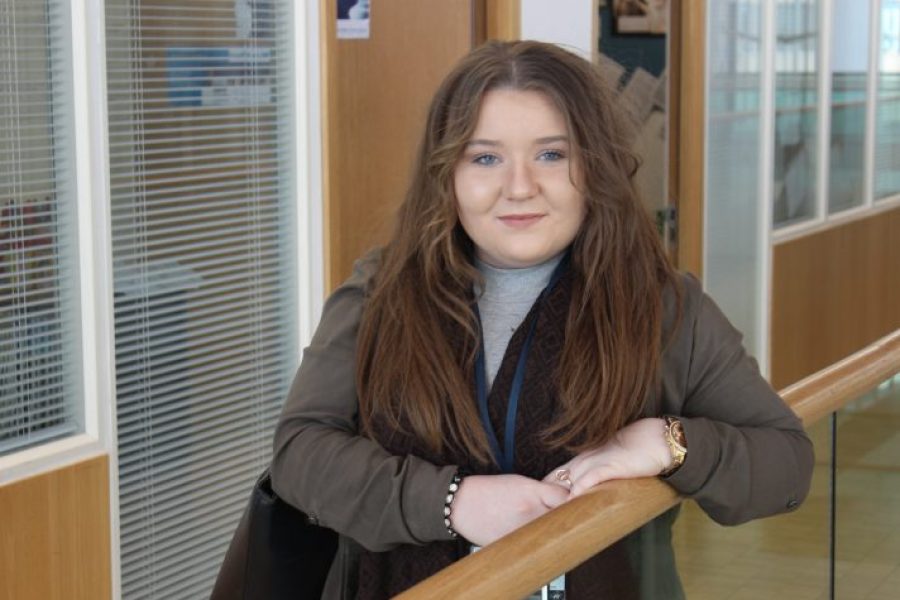 Georgia is a diligent and hard-working student who ensures that everything is completed to the highest possible standard, and, always goes above and beyond to help others. Georgia is a mature and thoughtful student who can be relied upon in any situation. She often seeks challenge beyond the curriculum, takes on feedback effectively and is a brilliant member of the Futures Programme for Law & Criminology.

She has a bright future ahead of her. 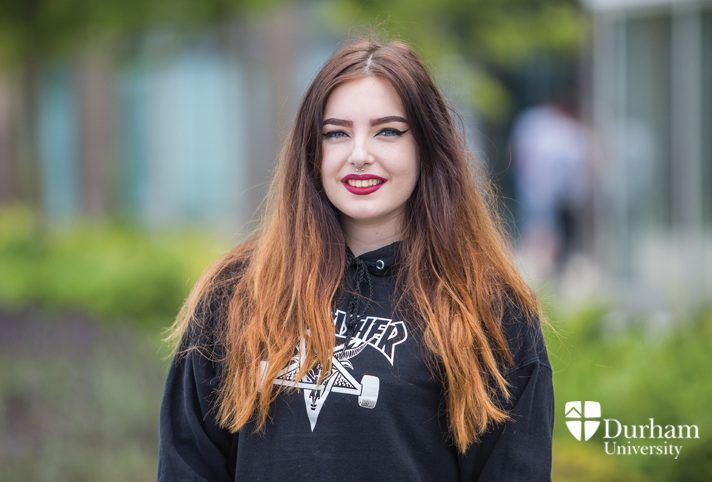 After College I’m going to study Psychology at Durham University. The College, especially the staff, have encouraged and supported me in reaching my full potential.

I achieved an A* in all three of my A Level courses, which was far more than I ever thought I could. 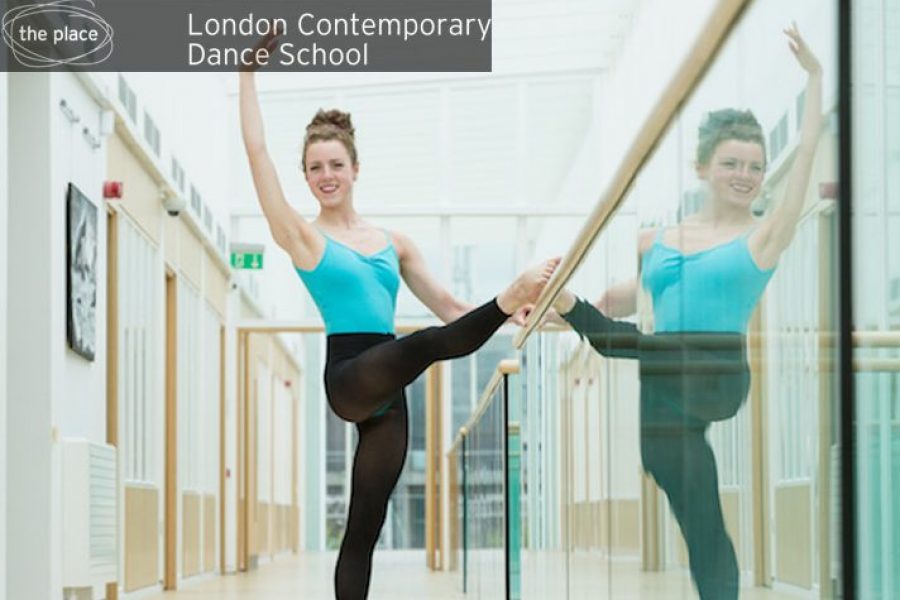 The support and resources available at the College has helped me to secure a great set of exam results – three Distinction* grades in my BTEC course and an A and B in my A Level subjects – and a place at the prestigious London Contemporary Dance School. I have been given dedicated and personalised support whilst at College by my teachers and through the High Achievers Programme. The facilities at the College are excellent. The Dance Studio is spacious and well equipped and I have used it to rehearse routines for events both in College and the local community. 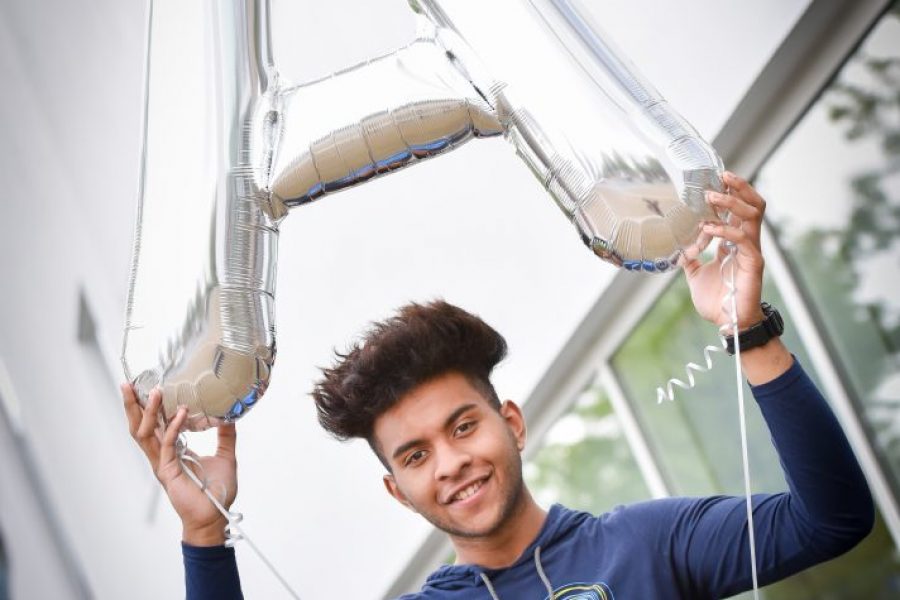 Billy is a talented student of creative arts who has consistently committed himself to his studies and has developed an impressive ability to apply exceptional levels of perfectionism to his work.

Billy has achieved an impressive set of results this year, and will be heading off to study Landscape Architecture at Edinburgh University.

We are confident that Billy will continue to exercise his artistic talent in innovative ways, and we’re looking forward to seeing his development. 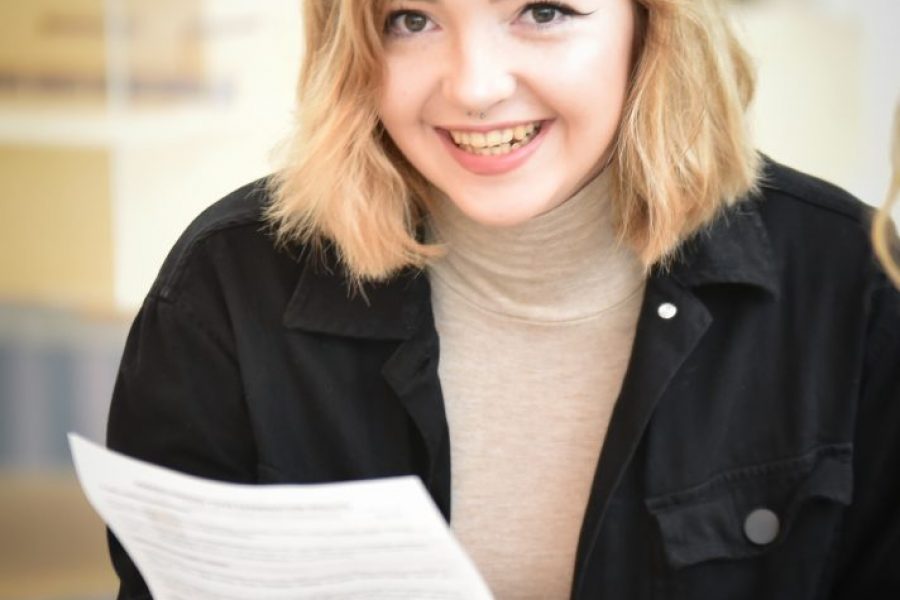 Results: A Level: – A*, A, A – BTEC Results: Distinction*
Next Step: Media at Goldsmith’s University of London

Miranda has continually impressed any teacher who has had the pleasure of teaching her. Miranda has not only been dedicated to her studies but has embraced the various enrichment opportunities that the College has to offer – being an integral member of the College’s Debate Society.

Miranda is intelligent, academically curious, articulate and hard working, and we are delighted with her success. Well done. 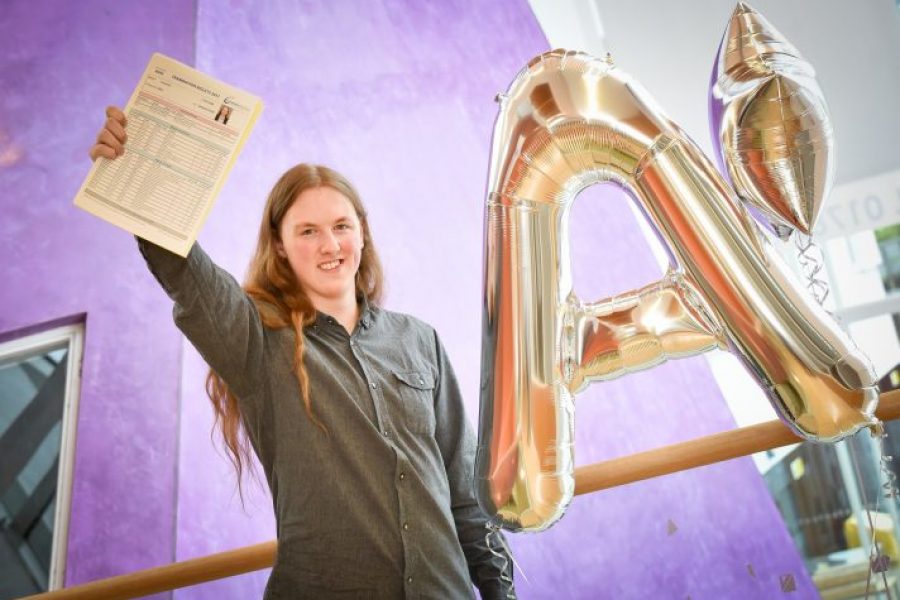 Next Step: Computer Science at the University of Warwick

Jacob is an extremely hard working student who has a clear aptitude and passion for study. He has applied himself fully to all of his subjects, and has achieved 3 A*s and an 2 As in his A Level results.

A role model to all, Jacob’s drive and ambition is infectious. As well as being one of the College’s most academically gifted students, Jacob has also embraced opportunities outside of his studies, including attending university summer schools and becoming a College Student Ambassador. Well done Jacob! 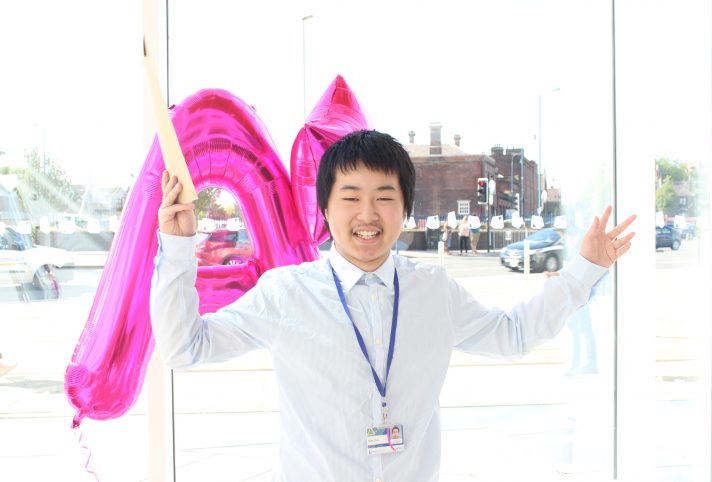 Nicky has been a delightful student throughout his time at College and is one of this year’s highest achievers. Nicky has accepted a place at the University of Manchester, to study Computer Science.

Without any hesitation, Nicky has committed entirely to his studies, this combined with a natural gift for academia and hard work has produced an extraordinary set of A Level results. Nicky’s unrivaled determination is commendable and will take him far. Good luck with your studies at the University of Manchester, they will soon discover that they are lucky to have you. 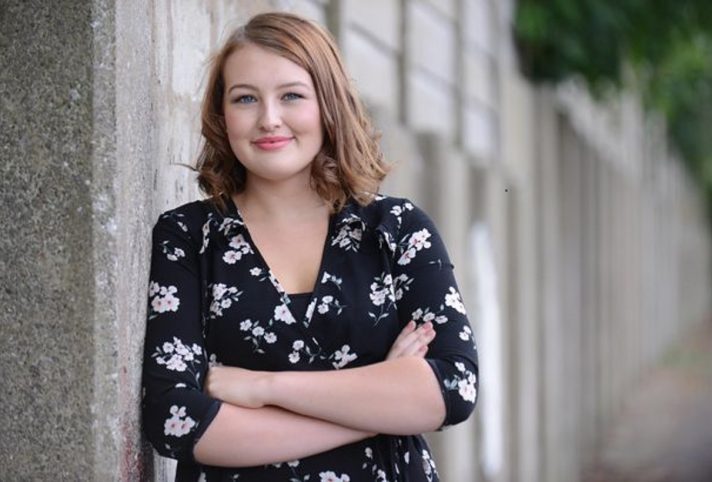 Larissa has become one of our first graduates to secure a place at one of America’s top universities, Northwestern. Studying in the States has been Larissa’s ambition after taking part in a summer school ran by Yale University.

She has thrown herself into achieving her goals, she’s volunteered with local charities and committed fully to her studies.

We are proud of you Larissa and thank you for taking SFC stateside. 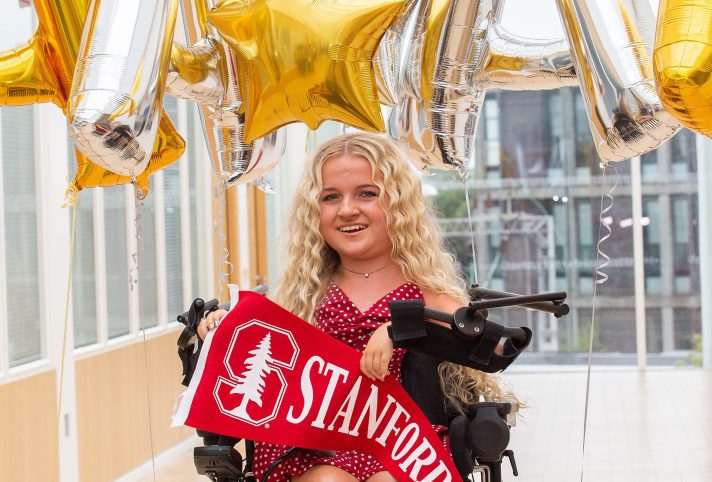 Former School: Westwood College
Results: A Level: A*, A, A
Next Step: Stanford University (USA)

Tilly’s dedication and resilience is a source of constant inspiration to all at the Sixth Form College. A gifted student of English and French, Tilly’s unending commitment to study as well as her phenomenal capacity for caring and unceasing enthusiasm is outstanding.

Tilly has achieved exemplary results and will now go on to study Communications at the California-based, Stanford University, an achievement that has been Tilly’s ambition for many years. We wish Tilly well state-side and are excited for her future. 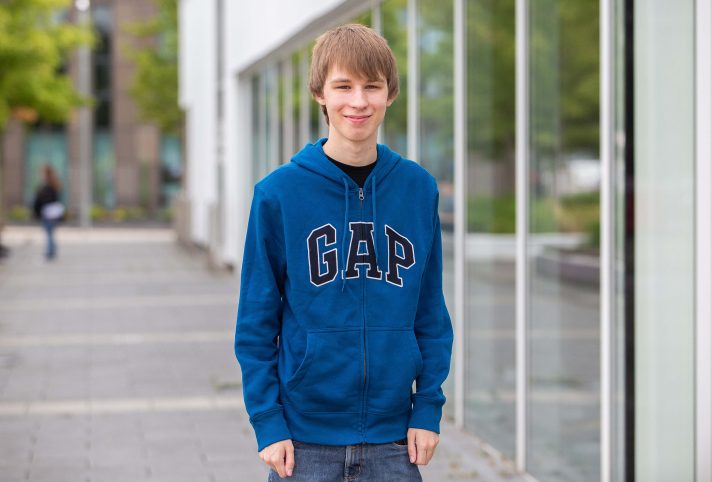 Former School: Alleyne’s Academy
Results: A Level: A*, A*, A*, A – AS Level: A
Next Step: University of Oxford

David has achieved an amazing set of results that he is rightly very proud of. David’s relentless commitment to study and passion for science has been a constant source of admiration for staff at the Sixth Form College. A pleasure to teach and a joy to know, David’s dedication, combined with a natural gift for academia is commendable and has resulted in him receiving a prestigious offer to study Chemistry at the University of Oxford.

With results that include A*s in Chemistry, Physics and Mathematics, David is a testament to the power of hard work and we are proud to have had David as a Sixth Form College student. 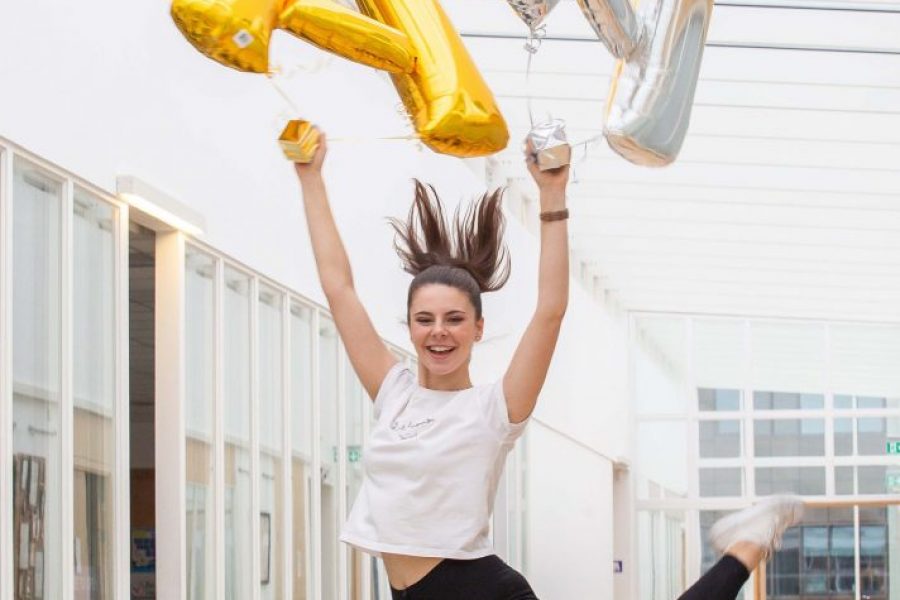 Former School: Trentham High School
Results: A Level: A*, A, A, A – BTEC Results: Distinction*
Next Step: Liverpool Institute of Performing Arts (LIPA)

Laura is a talented and resilient student with a creative intelligence, combined with a maturity and a strong sense of self-motivation. Drawing on an awe-inspiring performance ability, an affinity with academic study and an infectious passion for language, Laura has earned results that are a testament to her unique blend of skills and work ethic.

After receiving offers from a range of the UK’s top Dance schools, Laura has accepted a place at the Liverpool Institute of Performing Arts to study Dance, after which she aims to work as a practising dancer.